Understanding our future with 5G

As the long-term evolution (LTE) system embracing 4G is reaching maturity, it is reasonable for humanity to ponder “what’s next?”

We all know that 5G is a paradigm shift from 4G with very high carrier frequencies, massive bandwidths, a tremendous amount of base station and device densities, and unprecedented numbers of antennas. But unlike the past four generations, it will be highly integrative by binding any new 5G air interface and spectrum together with LTE and WiFi to give universal high-rate coverage and seamless user experience. This is going to lead a new wave of wireless data explosion driven largely by smart-phones, tablets, and other wireless devices.

In just a decade, the number of IP data handled by wireless networks has grown by well over a factor of 100, from under 3 exabytes in 2010 to over 190 exabytes by 2018 and is on pace to surpass 500 exabytes by the end of 2020. In addition to the sheer volume of data, the number of devices and the data rates will always continue to grow exponentially. The number of devices could reach tens or even hundreds of billions by the time 5G is fully matured, due to many new applications beyond personal communications such as Cloud gaming and Video streaming. So let us jot down the top two reasons why we need 5G in the first place?

The Current 4G roundtrip latencies are on the order of about 15 ms. Although this latency is sufficient for most current services, anticipated 5G cloud-based applications such as Google Stadia - Cloud Gaming platform will require seemingly real-time feedback loops. Therefore, 5G should support a round trip latency of about 1 ms, an order of magnitude faster than 4G.

How does 5G solve the problem?

A quick look at Ultra Densification

In simple terms, a 5G network will aim to provide high system capacity with high per-user data rates. So this will require a lot of the radio access network or the deployment of additional network nodes to come together. 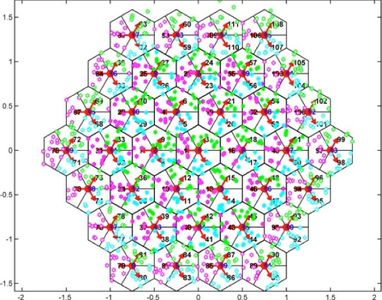 This is how it works,

To make this system of networks possible requires a fair bit of densification.

A quick look at mmWave

The term mmWave regards to a particular part of the radio frequency spectrum between 24GHz and 100GHz, with a very short wavelength. This section of the spectrum is usually unused, so the mmWave technology intends to increase the amount of bandwidth accessible. Plus, the lower frequencies are heavily congested with signals from TV, Radios, and even the 4G LTE networks, which sit within 800 and 3,000MHz. Another advantage of this short wavelength is that it can transfer data even faster at the expense of transfer distance (ie., more transfer speed, less range).

A Quick look into massive MIMO

To support more bits/s/Hz per node

Multiple Input Multiple Output (MIMO) has been used in wireless communications for a long time now where nearly all our devices have multiple antennas to enhance connectivity and performance. MIMO algorithms control how data maps into antennas and where to focus energy in space. Both network and mobile devices must have tight coordination within each other to make MIMO work.

In simple words, MIMO is how Devices and Network work together.

But with how the upcoming 5G NR is designed, it is necessary for a substantially large number of networks and devices to work with tight coordination. So MIMO becomes “massive” and is called Massive MIMO. The “massive” number of antennas improves focusing energy, which causes radical improvements in throughput and efficiency. Along with the increased number of antennas, both the network and mobile devices achieve more complex designs to regulate MIMO operations.

A Glimpse into the Possiblities

The way I see 5G network is to be an accelerator for technologies that already exist with us. There are endless possibilities with the dense and fast-pacing 5G wireless networks. So let’s look at some of my favorite picks.

Edge computing is a method of optimizing cloud computing systems by performing data processing at the edge of the network or near the source of the data. Imagine you ordering a pizza from your beloved restaurant, but your neighbor cooks and delivers it for you. This means faster delivery. Edge computing is very similar to that.

So 5G standards are the only way to meet the latency targets that have been set (1ms network latency) to achieve the realistic usage of Edge Computing. Improvements in the radio interface alone will never achieve these. With a well-mature 5G in the game of computing, the abundance of unused resources in wireless devices or IoTs can significantly drop the cost of compute units than traditional cloud providers.

The use of 5G wireless networks can bring Self-driving cars closer to reality. The key ingredient currently missing from Autonomous vehicles is High-performance wireless network connectivity for low latency.

The will enable Vehicle-to-Everything (V2X) in the future, making cars communicate with everything from traffic signs, environmental objects, to other vehicles on the road. The original V2X standard is based on a IEEE 802.11p Wi-Fi offshoot. So when coupled with a network like 5G, it will drastically reduce latencies and decrease an AVs response time. Thus ensuring passenger safety. 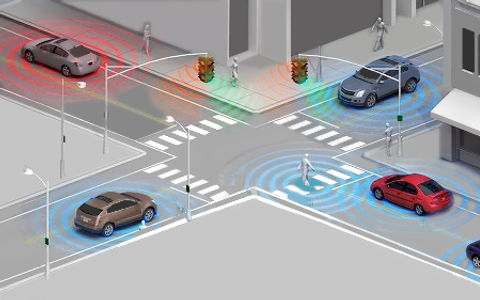 A Visualization of Vehicle-to-Everything (V2X) standard

Internet of Things (IoT) is another extensive field for development using a supercharged 5G wireless network. IoTs are already all around us from wrist-bands to our cars collecting huge amounts of data from millions of devices and sensors. Crucial IoT real-time processes such as data collection, processing, transmission, control, and analytics can be accelerated by an efficient network.

The number of operative drones is foreseen to grow over 18.1 million in 2025, driving flight authorities, and society to explore solutions to overview all drone users and the traffic. Rapid technology progresses on the propulsions, sensors, and navigation and guidance systems led to reliable drone platforms. Consequently, drones must acquire data in real-time. With the need to overcome current RF limitations for increasing flight endurances, size of data sets and video streaming capabilities, alternative control capabilities, 5G wireless networks are required. 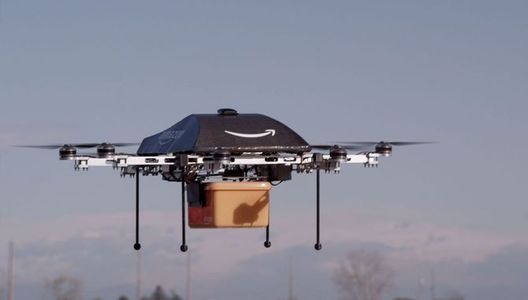 « Why I switched to Pop_OS? Flatpak vs Snaps vs Appimage vs Packages - Linux packaging formats compared »
comments powered by Disqus